Montreal is Canada’s cultural capital and one of the world’s most lively cosmopolitan cities. The “City of Festivals” is known for much more than its delicious bagels and poutines. In the past few years, it has made its mark as a fertile ground for successful real estate investments.

Greater Montreal and its downtown core are the strongest markets compared to the other two largest Canadian cities, with annual property prices increasing at rates of 5.5% and 8.1%, respectively. An influx of new residents has made the city’s vacancy rate drop to 1.9%, pushing demand for housing.

Strategically located on the St. Lawrence river, Montreal is a port city with a tradition of commercial development. According to the Global Financial Centers Index, Montreal is the 8th most important financial center in North America and the 25th in the world. The city currently has a historically low 4.9% unemployment rate, and attracts talent from all over the world.

Montréal offers a fascinating language diversity, thanks in large part to the different cultural communities who have made it their home. About half of Montrealers are native French speakers, while 13% speak English at home. The remaining third of the city’s population speaks a different mother tongue, including Arabic, Spanish, Italian, Creole, Mandarin, Vietnamese, Greek, Portuguese, Russian and Cantonese. These communities have a strong presence in the city, building local grocery stores, restaurants, community centers and media companies, while integrating into mainstream society.

Montreal’s European influence can be felt in its architecture and its culinary and arts culture. Foodies are particularly well served in this city – it has the highest amount of restaurants per capita in Canada. Restaurants serve local and international specialties with a French touch.

You can find many world-class museums in the city, such as the Montreal Museum of Fine Arts, the Musée d’art contemporain, McCord Museum, and the Space for Life, which includes the Biodome, Planetarium and Botanical Garden.

Montreal hosts important festivals, such as the Montreal Jazz Festival, the Just For Laughs Festival and Osheaga. The Place des Arts hosts the Orchestre symphonique de Montréal, one of the world’s most prestigious philharmonic ensembles, led by Kent Nagano.

Every year, the summer festival season is kicked off by the F1 Grand Prix, which attracts thousands of car enthusiasts and tourists.

It’s impossible to speak about Montreal without mentioning its unofficial religion, which is hockey. The Montreal Canadiens have been around for more than a century, and they have won 24 Stanley Cups, making them the most awarded team in the National Hockey League (NHL), and the second most in professional sports, after the New York Yankees.

Montreal has a wide variety of affordable day care centers, public and private schools, and activities for the whole family. The city is home to four important universities: McGill, Concordia, University of Montreal and UQAM.

Mothers can take up to 18 weeks of consecutive maternity leave, while receiving benefits from the Québec government corresponding to 90% of their salary. The city has many swimming pools, tennis courts and public parks. This includes Mount Royal, where people can take a breath of fresh air just a few steps from the downtown core.

The city is connected by a robust public transit system, which reduces traffic and air pollution. A typical commute takes 30 minutes.

Montreal has the world’s largest underground city, stretching over 32 km and covering 7 metro stations and many malls, hotels, office buildings and restaurants. A highlight of the underground city is the Montreal World Trade Center, a massive glassed-in “horizontal skyscraper” uniting several Victorian-era commercial buildings. It’s often cited as an example of urban redevelopment.

Formerly industrial and working class neighborhoods, such as St Henri, HOMA, Lachine and Griffintown have emerged as hot spots for new condominium developments. This, in turn, has an incremental effect on the value of downtown condominiums.

After Canada gained its independence, the city continued to grow as a beacon of international culture, hosting the world exposition in 1967, and the Summer Olympics of 1976.

Founded in 1642 by French explorers, Canada was later annexed by the British Empire, and Montreal became its commercial capital in North America. Old Montreal, the historic center of the city, houses impressive 19th century bank headquarters which attest to this rich history. Constructed in 1931, the massive Sun Life Building was at that point the largest building in square footage in the Commonwealth.

After Canada gained its independence, the city continued to grow as a beacon of international culture, hosting the world exposition in 1967, and the Summer Olympics of 1976.

In the 1980s and mid-1990s, talk of Québec separation scared off investors, who fled to Toronto. Today, French Canadians have turned the page and are now focused on other issues, such as economic growth, innovation and healthcare. This has led to an unprecedented boom in both commercial real estate and housing. Montreal’s formerly stagnant skyline is now full of new skyscrapers and construction starts, replacing old factory buildings and outdoor parking lots.

Since 2010, Montreal has seen a residential and commercial real estate boom, thanks to its solid economy, which relies on groundbreaking industries such as aerospace, financial services, IT, video games and tourism.

The classic 19th and 20th century structures blend in perfectly with the audacious contemporary constructions designed by reputable architects. One example of this meshing of past and present is the Viger Station. The massive castle was built in 1897 and served as the terminus for train passengers. Now that there are no more trains leading to this building, it was repurposed to house tech powerhouse Lightspeed HQ as well as other innovative businesses and a microbrewery. 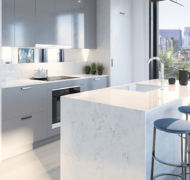 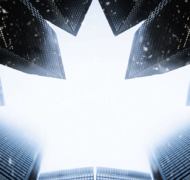