Canada’s housing market is heating up, specially in the eastern provinces. It’s now an ideal time for investors to get a piece of real estate while homes are still affordable.

Canada’s residential real estate industry is a seller’s market. Demand is outpacing new construction, and this is increasing the cost of homes at a fast rate. The bull market has been so hot that policymakers have implemented measures to increase affordability for regular Canadians. In times of global economic uncertainty, real estate is an ideal way to diversify your portfolio and shelter your investments. By choosing a rich, stable country like Canada, you can sleep at night knowing that your money is in a safe place, where growth is almost inevitable.

The value of homes is driven by the rental market’s strength. While baby boomers who own houses are looking to downsize by renting apartments, millennials and young families who can’t afford to purchase homes are also on the rental market. In Montréal, the vacancy rate is as low at 1.9%, and this is pushing rents up. In markets where homes are still affordable, you can benefit from a great price-to-rent ratio, earning more money for a less considerable investment.

Vancouver, Toronto and Montreal offer the country’s most dynamic real estate opportunities. To cool down their local markets, Vancouver and Toronto have enacted speculation and vacancy taxes, leaving Montreal as the most advantageous market for foreign investors. Global buyers are now setting their sights on Montreal, where average prices are still under $500,000 USD, but the strength of the economy and political stability are making the market much more attractive. As of February 2019, Montreal overtook Vancouver as Canada’s second largest housing market.

For the past decade, Canada’s economy has grown consistently and without any major disruptions. In 2017, Gross Domestic Product (GDP) grew by 3.0% in Canada, outpacing other advanced economies, despite the importance of manufacturing in Ontario and natural resource in Western provinces.

With the rise in population growth and low unemployment, demand for real estate is skyrocketing at a much faster rate than new construction. The Canadian middle class now has more buying power than a decade ago, and on average, even more than its American neighbours. This is also great news for those who intend on selling their homes in a few years.

The 10th largest economy in the world offers strong fundamentals, including geographic and sectoral clusters such as aerospace, biomedical, digital media, natural resources and agrifood. Its low taxes, combined with entrepreneurial and professional workforce, are driving factors for decades to come.

Canada offers limitless possibilities to immigrant investors looking to move to a safe, environmentally friendly country. Here are just a few reasons why people from all over the world choose to build a life in Canada with their family.

Canadian residents and citizens enjoy universal free health care. This means that a visit to the doctor is free, and so are many important health treatments. Each province manages its own health program. For example, in Québec, all residents have coverage for drug costs at all times. On average, Canadians have a 82.3 year life expectancy, which is better than France, the UK, the United States and Australia.

Canada is the home of a wide variety of pristine green spaces, parks, mountains, and lakes. Over 60% of the world’s lakes are in Canada, and national parks can be found near most major Canadian cities. Canadians can enjoy outdoor activities all year long, such as camping, hiking, skiing, canoeing and swimming.

Canada’s robust economy and safety net, combined with its openness to all cultures make it an obvious choice for prospective immigrant investors. The Province of Québec’s Immigrant Investor Program makes it easy for investors with business experience to obtain permanent residency in the province, simply by investing into a passive government guaranteed investment for a period of five years and having the intention to remain in Québec. 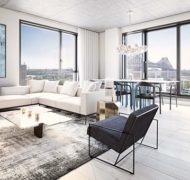 10 Simple Steps for Buying a Condo at Le Bourbon 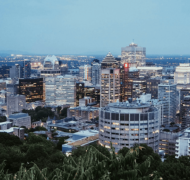