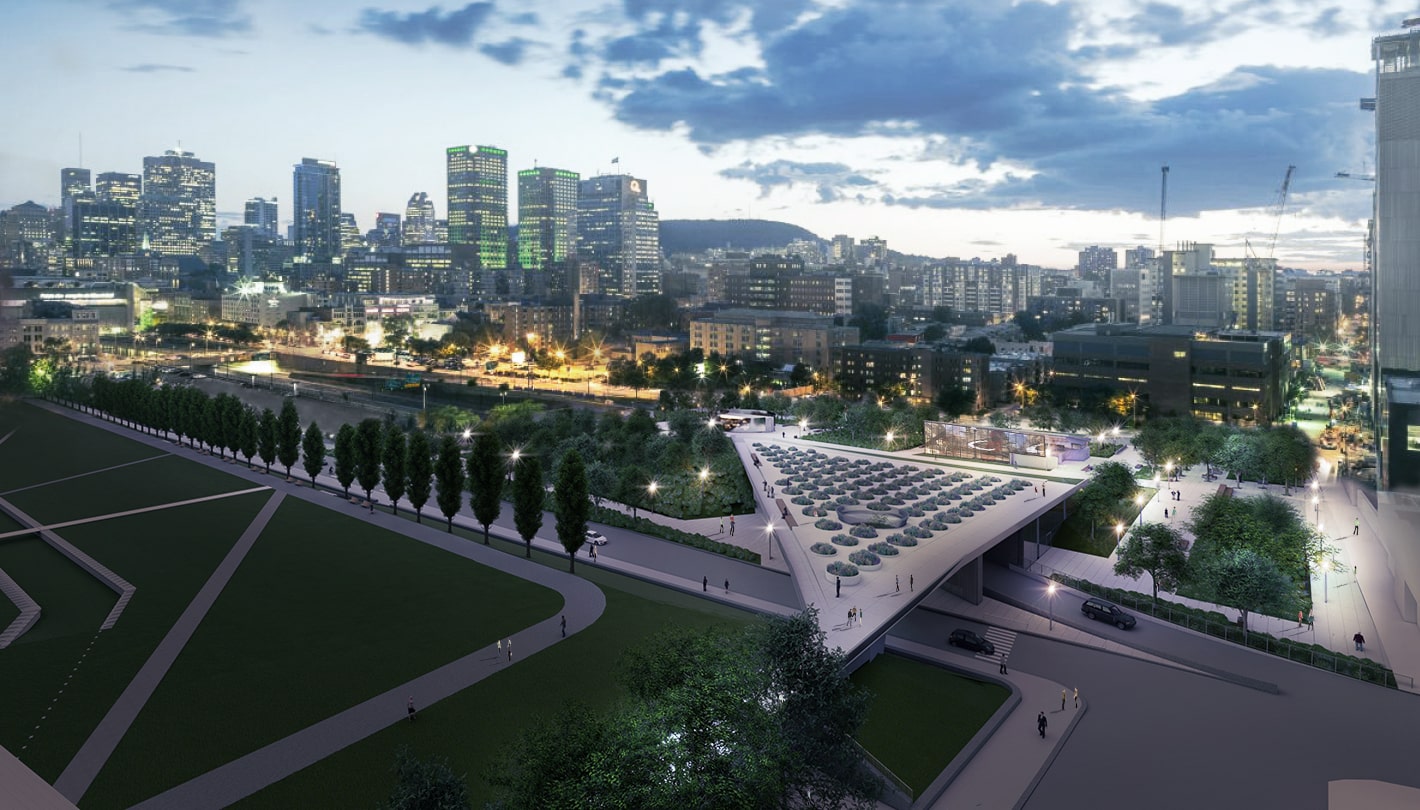 Since the 1970s, Montreal has been struggling to heal a physical and symbolic scar – the Ville-Marie Tunnel. It was erected in a time when gargantuan steel and concrete structures were viewed as a necessary evil to urban development.

Fast forward to 2021, and we now have the CHUM hospital covering a parcel of the tunnel. In 2017, the City of Montreal launched the International Multidisciplinary Landscape Architecture Competition for the design of La Place des Montréalaises, an urban esplanade connecting Old Montreal to its downtown core, near City Hall and the Champ-de-Mars metro station. The public square will be contained between Hôtel-de-Ville Avenue, Saint-Antoine Street, Sanguinet Street and Viger Avenue.

The winning consortium, Lemay + Angela Silver + SNC Lavalin in collaboration with ELEMA, presented an impressive suspended flowery with indigenous perennials and a commemorative staircase that enshrines the names of 21 remarkable Montreal women. The design won the 2020 Canadian Architect Award of Excellence and Azure Magazine’s AZ Awards in 2019.

“This project is healing the city by connecting back over the highway to join two major precincts. It also honours the memory of 21 women who were so important to the evolution of Montreal. It imagines itself throughout the year through a meadow of flowers, trying to take advantage of all of the seasons. It’s beautifully rendered through line drawings”, said Susan Fitzgerald, one of the jurors at the Canadian Architect Awards.

The plane’s integrated staircase will bear the names of the 14 victims of the École Polytechnique feminicide, along with seven women who had a significant impact on our city’s history.

“21 WOMEN explores the place architecture, art and design have in re-framing and re-defining history. La Place des Montréalaises pays tribute to the varied historical contributions of women in Montreal’s evolution. Poetically merging architecture, landscape design and art methodologies, the project creates a series of moments in homage to female pioneers, transforming the site from its former use as a highway into a perennial meadow, simultaneously defining the horizon and framing Montreal’s City Hall. The new urban space is a generative and restorative topography drawing on Montréal’s collective memory”, said Andrew King, Lemay’s Chief Design Officer.

Reappropriating The Space for Pedestrians

All four corners of the site will include distinct public spaces: an urban amphitheater, a multifunctional esplanade, an urban axis and a public art vitrine.

“It feels like a cocoon, even though there will be a highway below, we will feel surrounded by nature and the memory of these women,” said Montreal Mayor Valérie Plante, when the park was announced in 2018.

Place des Montréalaises will be located a mere 350 meters south of La Tour Fides, and will likely become a popular spot for walkers and joggers thanks to its strategic proximity to the Old Port, City Hall and the Champ-de-Mars metro station. 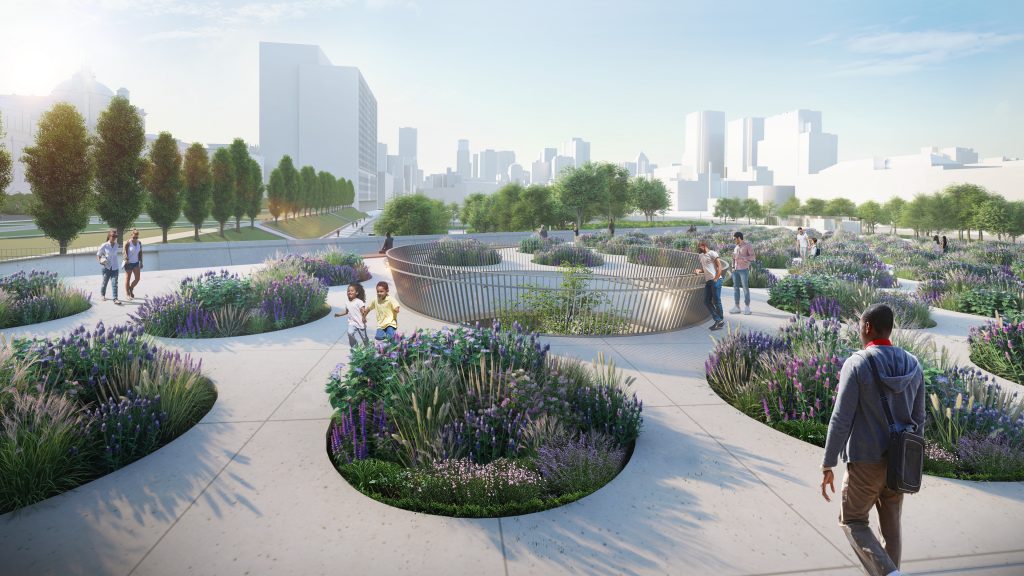 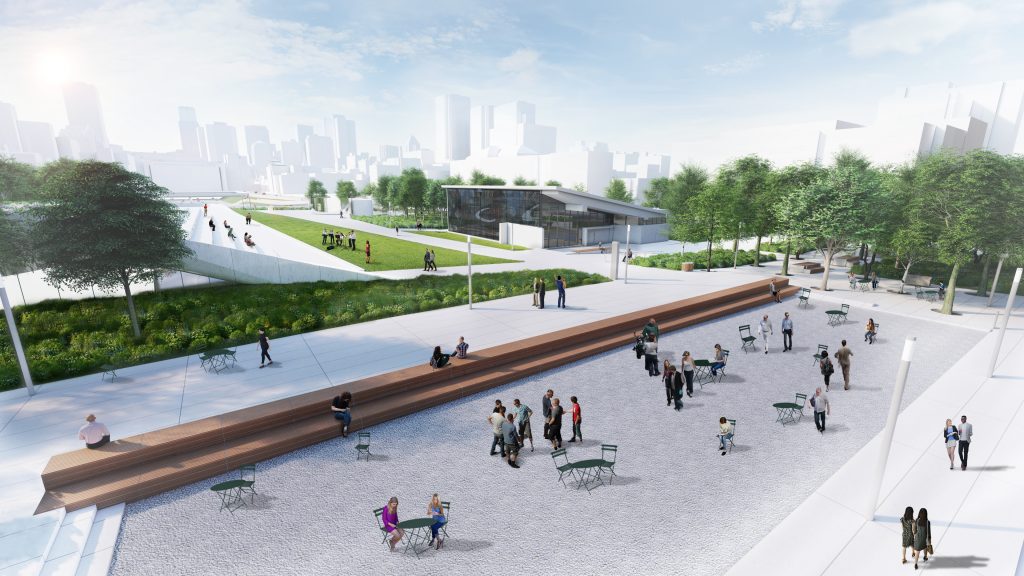 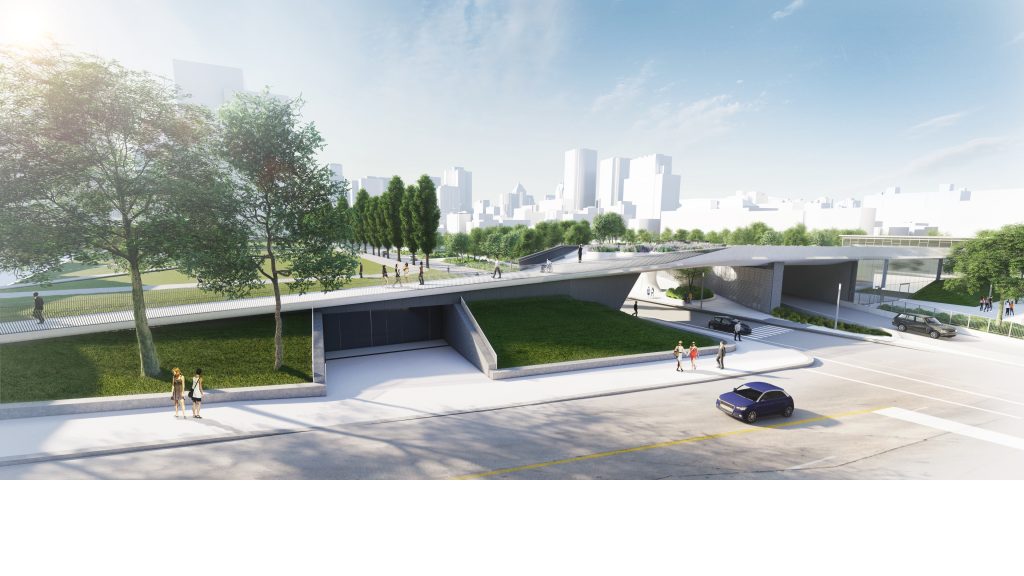