Le Bourbon Condos: The Rebirth of One of the Village’s Icons 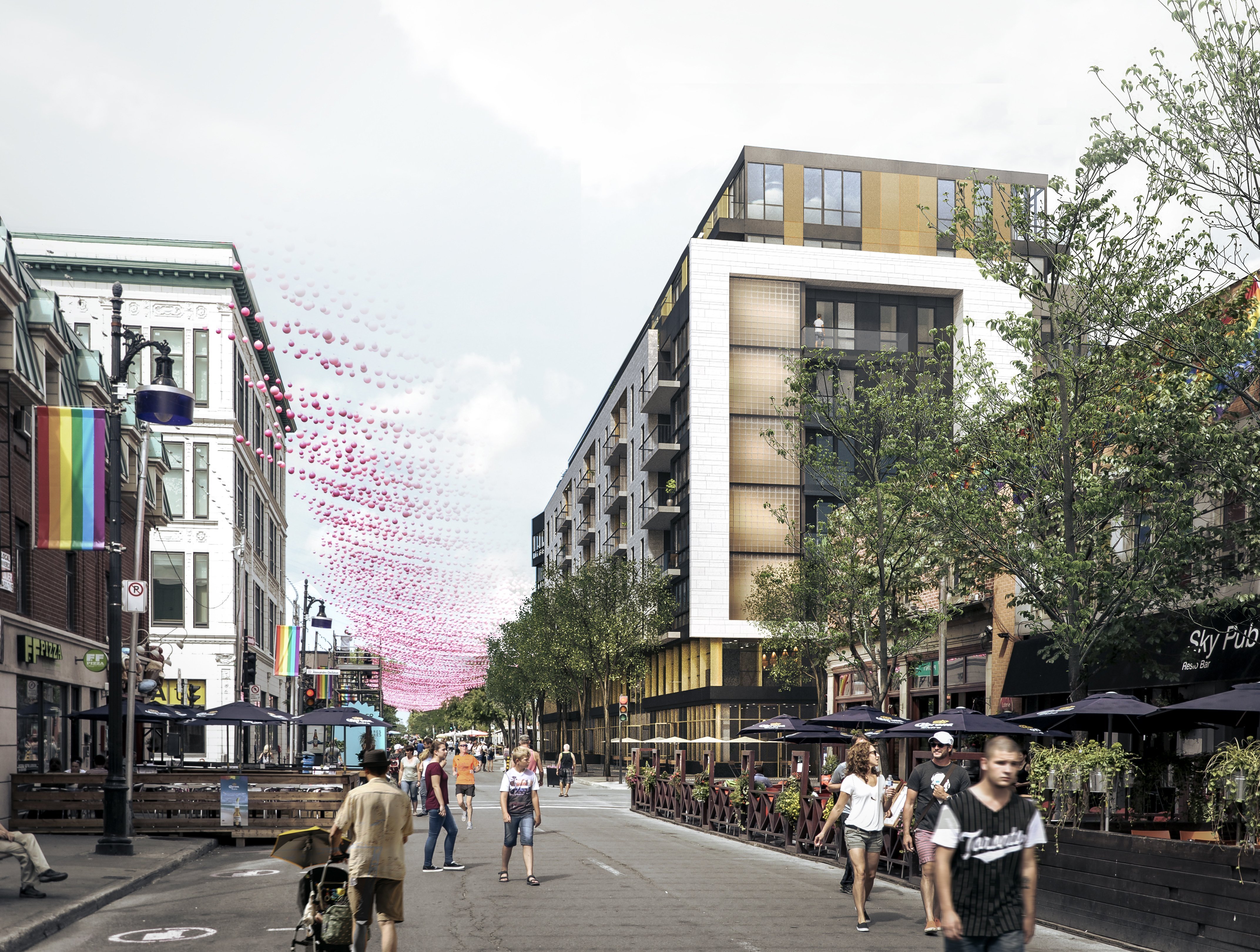 While most of Le Bourbon Condominium’s units are sold, its construction is advancing very quickly, and will be ready by summer 2020. This single-phase project offers luxury residential units with one to three bedrooms, as well as commercial and community spaces on the first two floors.

The nine-story building will contain over 100 luxury units, a rooftop pool and yoga centre, a gym and a spa. The building will have an indoor garage with charging stations for electric vehicles.

Each unit is designed for unparalleled comfort, by focusing on large spaces with lots of natural lighting, high quality finishes and a private terrace with a breathtaking view of the Charles-S.-Campbell or the Jacques-Cartier Bridge. The buildign was designed by architecture firm Atelier Robitaille Thiffault and built by Magil Construction. The project is powered by the developer MTL Développement.

“We seek a luxury product where residents can benefit from all nearby attractions, including the parc, two metro stations and downtown Montreal. It’s catered to people who love the Village lifestyle”, said Labid Aljundi, CEO of MTL Développement.

Le Bourbon is situated in a strategic location, on Sainte-Catherine East, between Alexandre de Sève and Champlain streets. The new real estate project is at a striking distance from Beaudry and Papineau metro stations. It’s also very close to the headquarters of different media companies, including TVA, CTV, Télé-Québec and Radio-Canada, the CBC’s French-language counterpart.

“The main entrance will be on Gareau street, which faces the park. “The direct access to the parc is exceptional for this kind of development”, he said.

There are still one, two and three bedroom units :

Built in the early 1990s, the original Bourbon building was one of the first complexes fully dedicated to the LGBTQ community. Launched by entrepreneur Normand Chamberland, the Bourbon Complex was easily recognizable because of its New Orleans architectural style. Through the years, its tenants were renowned restaurants, bars and hotels. After Chamberland’s untimely passing, the building was abandoned. A few years later, Mr. Aljundi decided to give this space a breath of fresh air with a high-end project, while respecting Le Bourbon’s rich history.

He explained: “We wanted to continue what the Bourbon Complex represented, and carry on the memories of everyone who was acquainted with the Village. We documented the building’s every detail and prepared pictures that will be prominently visible in the new building’s hallways. This will show that the project represents continuity for those who knew the old Bourbon Complex.”

With the transformation of the Molson Brewery’s land, the new Radio-Canada House and various other cultural projects in the Centre-sud area of the Ville-Marie borough, the area is constantly growing.

“We initiated the development of the eastern part of downtown, which needed much love and a sustained effort, and we are seeing this is having deep repercussions”, he concluded.

For more information on this flagship project in the Village, please visit Le Bourbon’s website. You can also contact the Sales Office at 514-543-3939.

Got it
We are using cookies to improve our user experience. By continuing, you agree to our use of cookies.