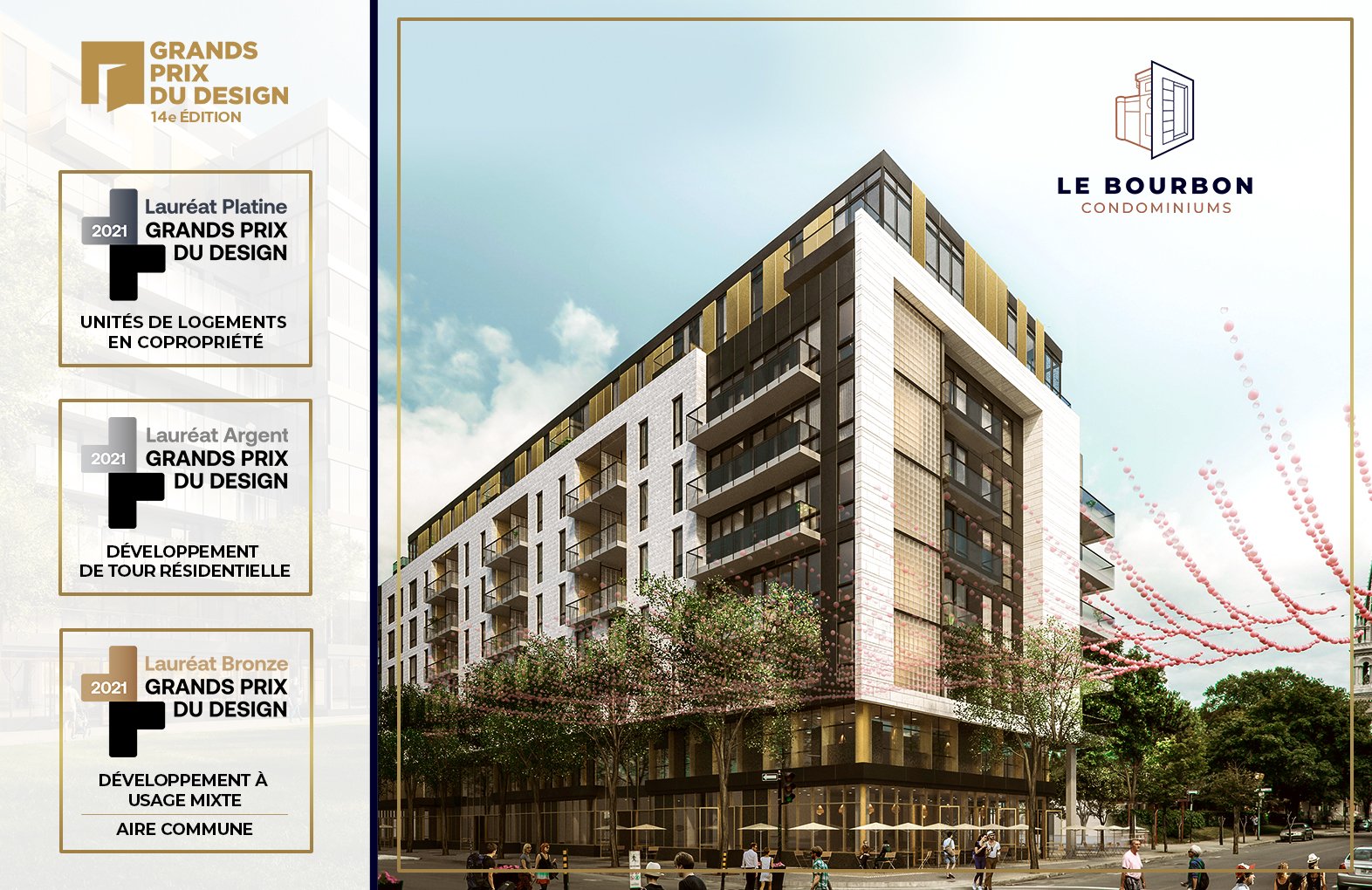 We are pleased to announce that Le Bourbon Condos won five awards at the Grands Prix du Design. The residential project was selected as a winner in the 5 following categories:

This year, the Grands Prix du Design awards ceremony is taking place in two separate events – one in Québec City on September 18th and one in Montreal on October 20th.

This recognition was given to Le Bourbon at the Québec City event, which took place at its first gala on September 18th 2021 in the city’s Armoury, right behind the city’s historic fortifications. Its second gala will take place in Montréal’s Plaza Centre-ville on October 20th, and will focus on interior design, communication and branding.

INT.design is a digital content space that promotes excellence in design and architecture, and publishes the Intérieurs monthly magazine. The prize winners, including Le Bourbon, were included in its last issue (page 110).

A Signature Project with a Historic Significance

Le Bourbon is a 9-storey residential project with retail spaces on the ground floor, offices on its second floor, two levels of underground parking and over 100 condos in its upper floors. The bold residential project draws inspiration from the legendary Bourbon Complex, one of the Village’s most recognizable centers dedicated to LGBTQ+ nightlife and hospitality in the 1980s and 1990s. When the original building was abandoned, MTL Développement’s CEO Labid Aljundi laid out a vision to give the space a new function for the neighborhood’s residents and nonprofits. The mixed-use building leaves a lasting impression to pedestrians on Ste-Catherine Street and the adjacent Charles-S.-Campbell Park.

Le Bourbon’s last remaining condo, 809, offers two bedrooms and two bathrooms, as well as a long private terrace with a breathtaking view of the Mont Royal.